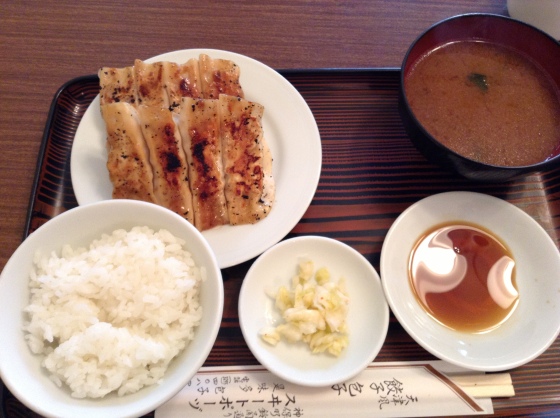 Gyōza is to me the perfect dumpling. Pork and cabbage stuffed into a wrapper then cooked until the crust is crispy while the filling remains juicy. I’ve started many mornings with gyōza for breakfast. While many restaurants serve gyōza as a side dish, it’s nice to know there are some places where it’s the main dish. Suito Pozu has been serving gyōza since 1955. 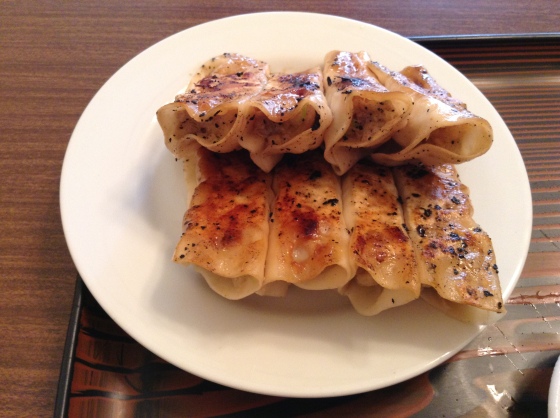 I love how these are wrapped. It’s how I do it when I am in a rush to get dinner on the table. Leave two ends open and just seal it shut. You just need to be careful when cooking it, but the final results are still delicious. 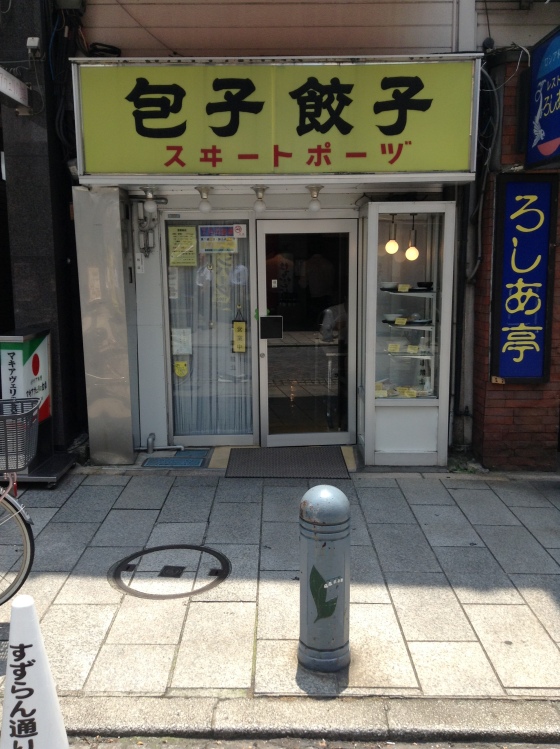 It’s a popular restaurant and very small, only 24 seats. There was a line of about five people just before it opened for lunch recently. After the doors opened it was full within about ten minutes.

Service is fast and it’s a quick meal. It’s a good thing that it was a fast meal as the air-conditioner is on the fritz and it was very hot in the restaurant. No garlic in the gyōza if you come during the workday. The only thing I didn’t like was that it doesn’t have rayū chili oil, but only chili powder. I’d like to come back in the evening when the gyōza is also steamed.