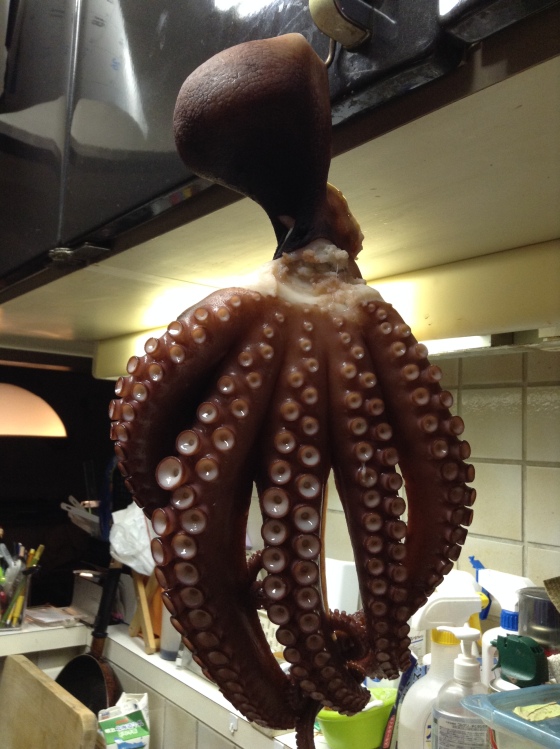 Shinji’s father has a boat on Tokyo Bay and he often goes fishing. Recently he came home with an octopus. Shinji set to work preparing the octopus by first massaging it in grated daikon. It was then boiled and here is the boiled octopus. 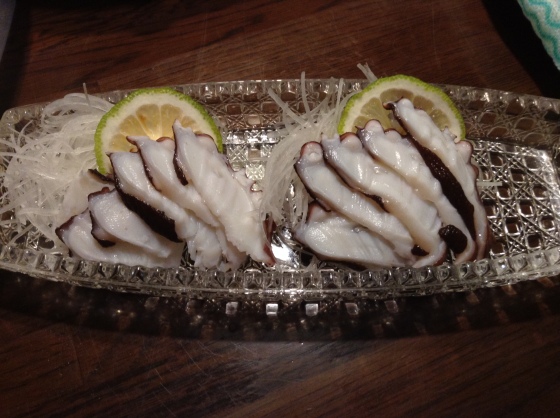 Octopus, tako in Japanese, is one of my favorite seafood. It’s meaty, has a great texture, and is not very fishy. That’s important for this Japanese-American girl who was raised in Minnesota. When it is cut as sashimi it is not simply sliced, but cut with a up and down motion creating a wave-like design on the flesh. This helps to pick up the soy sauce. How brilliant are the Japanese to think about this? 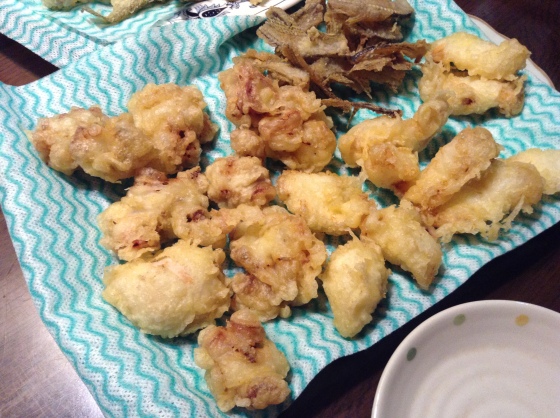 Battered and deep-fried octopus were amazing, especially with ice cold beer. Just season with salt and pop into your mouth. Yum. I bet these would be a big hit at the Minnesota State Fair, where I first came to experience deep-fried cheese curds. 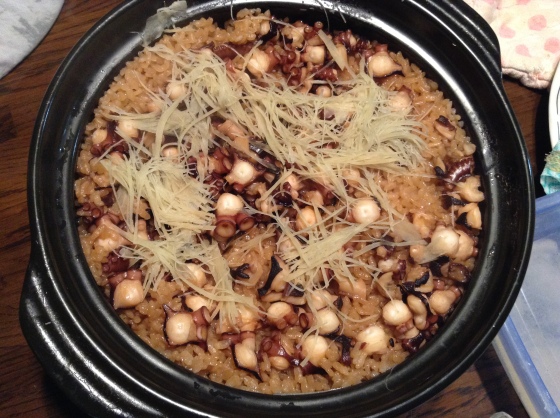 Octopus Rice in a Donabe

We love cooking rice in a donabe pot. Shinji marinated raw octopus with soy sauce, mirin, and saké  and then added to the donabe with rice with dashi. After the rice was cooked it was garnished with julienned ginger. He made a large batch as this can be molded into small rice balls and put into the freezer. It is easy to zap in the microwave. 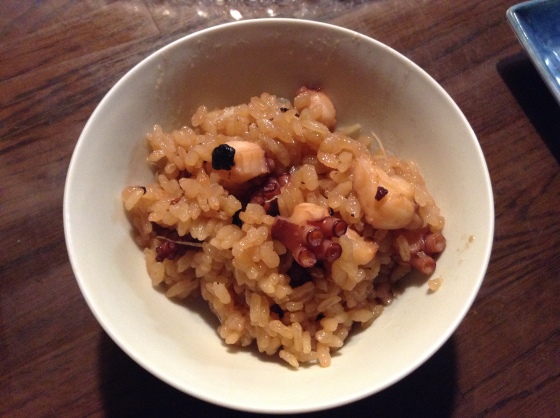